It Looked Like a Stabbing, but Takata Airbag Was the Killer

ORLANDO, Fla. — Hien Tran lay dying in intensive care this month after a car accident, as detectives searched for clues about the apparent stab wounds in her neck.

An unlikely breakthrough arrived in the mail a week after she died from her injuries. It was a letter from Honda urging her to get her red Accord fixed, because of faulty airbags that could explode.

“The airbag,” said Tina Tran, the victim’s twin sister. “They said it was the airbag.”

Ms. Tran became at least the third death associated with the mushrooming recalls of vehicles containing defective airbags made by Takata, a Japanese auto supplier. More than 14 million vehicles from 11 automakers that contain the airbags have been recalled worldwide.

When Ms. Tran crashed her car, the airbag, instead of protecting her, appeared to have exploded and sent shrapnel flying into her neck, the Orange County sheriff’s office said. On Monday, in an unusual warning, federal safety regulators urged the owners of more than five million vehicles to “act immediately” to get the airbags fixed.

“We want to make sure that everyone out there — and we’ve got millions of vehicles involved — is getting engaged and is getting their vehicles fixed to protect themselves and their families,” said David J. Friedman, deputy administrator of the National Highway Traffic Safety Administration.

But the urgent request was bound to create confusion among owners. Honda said it did not have enough parts to fix the cars immediately. Toyota said it would in some cases disable the airbags, leaving a note not to ride in the front passenger seat. Even Mr. Friedman acknowledged that the agency’s list of vehicles covered by the warning was not complete.

The auto industry is facing a safety crisis, spurred by revelations that General Motors failed for years to disclose a defective ignition switch that it has linked to at least 29 deaths. Automakers, as well as federal regulators, have responded with increasing urgency, recalling more than 50 million vehicles in the United States this year, shattering the record of about 30 million in 2004.

Airbags, particularly those made by Takata, have been one of the biggest and longest-simmering problems.

A New York Times investigation in September revealed that Honda and Takata had failed for years to take decisive action before issuing the recalls. Complaints received by regulators about various automakers blamed Takata airbags for at least 139 injuries, including 37 people who reported airbags that exploded, the investigation showed.

Takata did not immediately respond when asked how long it would take to provide replacement airbags. The company “will continue to fully support the N.H.T.S.A. investigation and our customers’ recalls,” a Takata spokesman, Alby Berman wrote, in an email.

Honda itself has said that two people, not including Ms. Tran, were killed by rupturing airbags, and more than 30 people injured. Honda said in a statement that it was “too early” to draw any conclusions on Ms. Tran’s fatal injuries.

But for many owners hearing Monday’s warning, fixing their vehicles will not be easy.

Echoing a problem in the General Motors ignition switch recalls, replacement parts for millions of the vehicles are not available, and will not be for weeks to come. “There’s simply not enough parts to repair every recalled single car immediately,” said Chris Martin, a spokesman for Honda.

Honda is sending out recall notifications only as parts become available, with priority in areas of high humidity, where the airbags’ propellant was apparently more susceptible to exploding. Drivers could wait for weeks or longer to receive notices, Mr. Martin said. With 2.8 million cars affected by the warning on Monday, Honda had “a taller hill to climb,” he said, adding that Honda engineers “have no firm idea” when the fixes can be completed. He said loaner cars would be considered case by case, and he stressed that such cars were not part of the offer.

Toyota, which had 844,000 vehicles affected by the warning, announced it was particularly urging the owners of about 247,000 of the cars in high-humidity areas along the Gulf Coast to make a special effort to get them fixed.

“We’re trying to focus what we have on the areas warranted by Takata’s test result,” a spokeswoman, Cindy Knight, wrote in an email.

At the heart of the defect is a faulty propellant that is intended to burn quickly and produce gas to inflate the airbag but instead is too strong and can rupture its container, shooting metal parts into the cabin. Takata recently conducted tests on airbags that had been returned, leading to Monday’s warning.

Mr. Friedman stressed that the warning was targeted especially to owners of vehicles in areas with high humidity, like Florida. 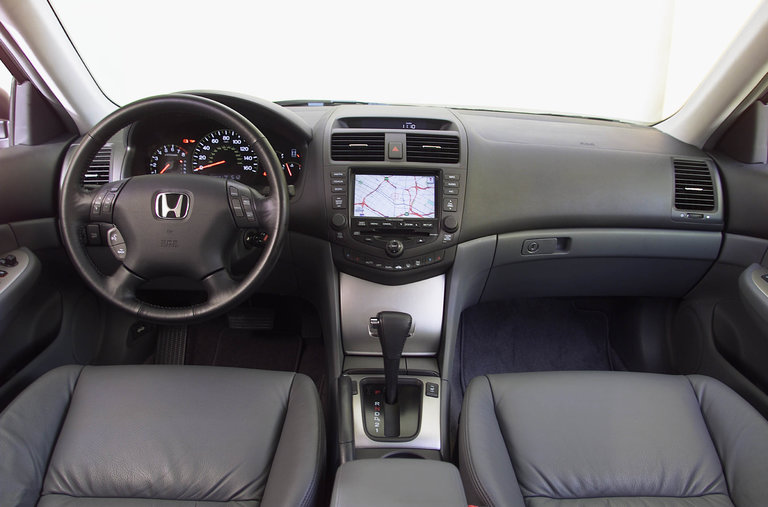 This list of affected vehicles was compiled from information automakers provided to the National Highway Traffic Safety Administration.

Nissan, Mazda and BMW were also listed in the warning. But the exact number of vehicles covered was unclear since some automakers that have been included in recent Takata-related recalls, including Chrysler, Ford, Mitsubishi and Subaru, were not listed.

“There are other manufacturers, and we are getting the alert updated,” Mr. Friedman said.

For any recall, the rate at which cars are actually fixed can be low.

Ms. Tran’s red Accord was included in an earlier recall, in 2009, Honda disclosed Monday. But underscoring the difficulty of recalls, the car’s previous owners had not received the repair, and Ms. Tran bought the car second-hand last year with no knowledge of the airbag’s status. There is no law stipulating that a used car have any recall repairs made before it is sold again.

Safety experts say that more rupture cases could be going unnoticed, or underreported, leaving affected cars on the road.

For example, a California lawyer says that a fourth driver, Hai Ming Xu, 47, was killed in September 2013 by an airbag that ruptured in his 2002 Acura. The authorities have not determined a reason for the injuries, though his coroner’s report cited tears in his airbag and facial trauma from a foreign object.

And problems persist with Honda’s reporting of potential defects.

In at least four more recent suspected ruptures, including the one linked to Mr. Xu’s death, Honda has not filed a so-called early warning report with safety regulators, as is required in cases where there is a claim of defect that resulted in an injury or death, according to case lawyers and legal filings.

In September 2011, Eddie Rodriguez crashed his Honda Civic in Puerto Rico, deploying airbags that launched “sharp pieces of metal” toward him, causing extensive injuries, according to a lawsuit he filed against Honda the following year. Honda reached a confidential settlement with Mr. Rodriguez last year, but does not appear to have filed a report on the case with regulators.

Honda said that it had started a third-party audit of “potential inaccuracies in its reporting.”

Only in 2012, after their parents died, did Hien Tran emigrate to America to join her twin sister.

On the evening of Sept. 29, Hien Tran left the salon on her final journey home.

Just blocks from her home in eastern Orlando, Ms. Tran turned in front of oncoming traffic and hit a Dodge sedan almost head-on, according to the police traffic accident report. The link between Ms. Tran’s death and her airbag was first reported by The Orlando Sentinel on Oct. 17.

Hours later, a worried Tina Tran and her son searched the neighborhood, even passing by the crash site. Then came the call from the detectives, who initially investigated the accident as a homicide, the next morning.

Medical examiners have said Ms. Tran never regained consciousness. But her sister remembers differently. At the hospital bedside, Tina Tran said, she repeatedly whispered to her injured sister that she was sorry — sorry that the twins had been apart for so long, sorry that she had not been able to protect her.

Fed’s Plans to Raise Interest Rates Are Delayed, Not Derailed

Rising Hummus Prices? Blame a Drought Half a World Away

Credit Card Signatures Are About to Become Extinct in the U.S.